Tankionline (english) Wiki
Register
Don't have an account?
Sign In
Advertisement
in: Under Construction, Turrets, Garage,
and 2 more

Shaft is a turret in Tanki Online, which is unlocked at the rank of

Master Corporal. It is a powerful sniping rifle, suitable for mid to long ranges.

Shaft is essentially a sniping rifle, which performs really well at long ranges, yet is very vulnerable at close ranges. It has a very slow rotation speed and reloads very slowly, but its powerful shots make up for that. It packs a high impact force, and its recoil is also significant.

Shaft's projectiles are also capable of penetrating tanks, and therefore damage a few tanks in a row.

Shaft can fire in 2 different modes:

Arcade mode A weak shot, done by clicking the space bar. Unless facing a tank with minor protection, such as Wasp, it is usually only effective with Double Damage. Players can use arcade mode with only half of the reloading of Shaft,so its better to use Sniping mode

Sniping mode The sniping mode allows hitting distant targets accurately. In this mode, which can be used by pressing and holding the space bar, an optical scope appears on the screen, and will magnify the target until it reaches its maximum zooming. While zooming, the reloading bar's progress will go down, until it reaches 0- at which point, the damage of the shot, when releasing the space bar, will be the highest damage possible. During zooming the tank will also remain stationary, and only the turret will be free to rotate.

Moving the scope is done either using the arrow keys or WASD keys. The amount of angles of rotation per second is slow; however, when aiming at distant targets, even this little rotation allows to keep the aim at moving targets.

A laser, seen as a dot in the middle of the scope, and visible to other players, which is activated when sniping.

Shots from a Shaft in sniping mode are the most powerful in the game. However, the player must wait until the turret's reloading bar has reached its maximum before sniping again.

Another feature of sniping mode is the ability to see through bushes and trees, which become transparent while zooming through them.

Since shaft is good at mid and long ranges, one of the most common strategies when using shaft- commonly known as "camping"- is to find a hiding place- sometimes with a wide view, and sometimes with a narrow view- to enter sniping mode, and to wait until an enemy tank appears in the scope and then take it down. Hiding behind bushes or trees and equipping a matching paint will also proide an extra level of camouflage.

Since shaft's laser can alert enemies that a shaft is somewhere with a clear shot at them, a common strategy is, before entering sniping mode, to park the tank near an obstacle, and when entering sniping mode, to point the laser at the edge of the obstacle, in a way that the player will have enough clear view left beyond the edges of whatever object it is. Sometimes, it's enough just to aim the laser at the ground, if it is possible to react soon enough when an enemy appears in the distance.

On December 4, 2014, Shaft's wiggling effect was removed from sniping mode, and a laser sight was added.[1] 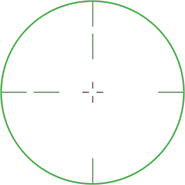 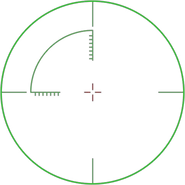 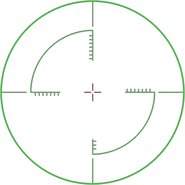 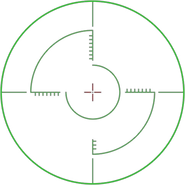