This page is being updated

This page is being updated. The current information may be incorrect, but will be corrected soon.

Free
Description
(none)
Premium paint (formerly Premium color) is a paint in Tanki Online. It is given to all players with a premium account, and provides protection against all turrets and mines. The paint remains in the player's garage as long as the premium account hasn't expired.

On December 25, 2015, as the annual Holiday celebrations began, the paint was given a blue, frosty look.

The paint on a tank

The pattern of the paint 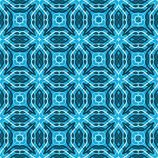 The pattern of the December 2015 version