In Tanki Online, Parkour is a game play style, whose goal is to do stunts, climb buildings (to "conquer" them, or other areas that are usually unreachable) and other crazy things. Parkour makes use of the different properties of hulls/turrets combinations, along with the environment. This can be done alone or in a group- which can range from 2 tanks and up to an entire team. Other examples of parkour are balancing on crazy things, like trees and attenas.

Players with a PRO pass can create and participate in battles dedicated for parkour, as part of the Format Battles. In these battles, a hull's micro-upgrades for weight are ignored (to allow more flexibility), and players can join freely to any team, regardless of its number of players relative to the opposite team.

This feature was not always in Tanki, and beforehand, players would generally create a battle and add the word "Parkour" to its name (an option which no longer is available). However, players can still team up for performing parkour in ordinary battles, which does not require having a PRO pass.

Any parkour act is usually done by planning ahead, which requires determining some factors. Generally, light hulls with high-recoil turrets are good for stunts and conquering buildings, but when performed in team, heavy hulls can provide stability, which could be important. Here are some of the things that may be needed to determined before planning an act of parkour:

There are occasional contests held by Tanki for parkour, such as "Masters of Parkour". The prizes vary from contest to contest, but generally players would win a special paint as well, such as Master of Parkour and Glide. 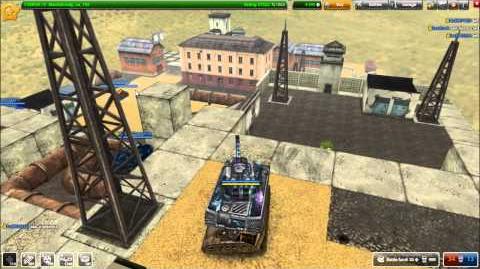 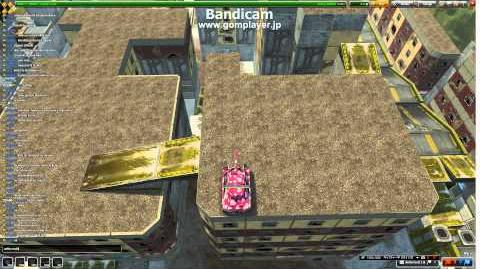 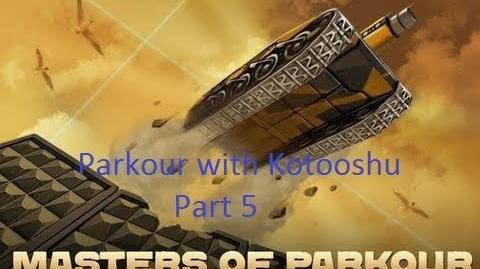 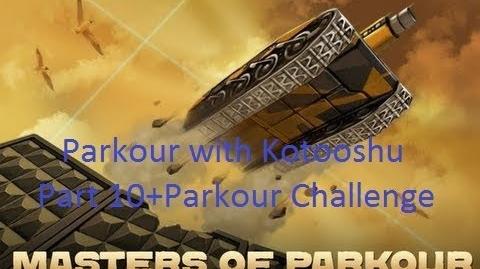