Tankionline (english) Wiki
Register
Don't have an account?
Sign In
Advertisement
in: Under Construction, Turrets, Game,
and 2 more

Firebird is a turret in Tanki Online. It is unlocked at the rank of

Recruit. It is essentially a flamethrower; the in-game description says that it shoots "a steady stream of napalm". (Napalm is a flammable substance which can stick to things like a jelly.)

Firebird has a very high rotation speed- only second to Freeze- which allows it to quickly aim at nearby targets. It is a close-range weapon, and therefore will only affect nearby enemies. Its magazine shoots napalm that can pass through enemies, and therefore affect a group of enemies, and causes a very high damage. However, Firebird's flames have no impact force.

Firebird also has an "afterburn" effect, which means that any damaged enemy will be set on fire, and will still be damaged after the Firebird stops shooting, or even if the Firebird tanker was completely destroyed. The burning effect slowly wears off over time, but it can still destroy tanks, so even if the Firebird tanker is destroyed first they can still earn experience after death. Its afterburn effect can also be alleviated using a Repair Kit or by being fired upon by a friendly Isida or Freeze.

When fired upon teammates frozen by an enemy Freeze, it can thaw them.

controlling tank has been destroyed

It is efficient at killing a group of enemies in a short time.

The fire and smoke effects of the turret can be used to distract to enemies.

It can also play an important role in defending control points as well as flags, due to its ability to destroy nearby enemies.

When combined with light hulls, Firebird can destroy enemies while effectively avoiding their shots; when used with a medium or a heavy hull, it can be used for obliterating a large number of enemies before being taken down, though it's recommended to use long-range weapons with heavier hulls.

2018 as part of a special star week in which you had to obtain 900 stars to earn the skin.

The color difference between the upgrades' flames 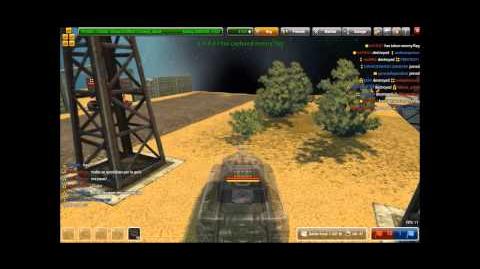